1000 churches in our lifetime? 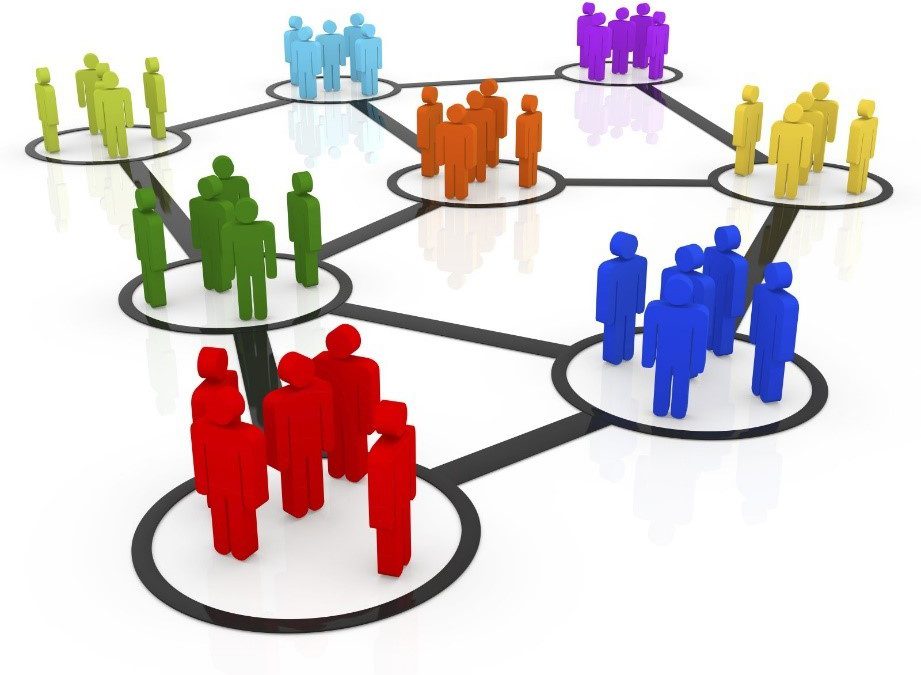 I was in America recently.

Is that enough? Title and first line. Enough to put you off? Probably. Me too. And yet …

I was hugely challenged by the audacity of the speakers in the conference I was in. Imagine anyone even suggesting such a thing as planting 1000 churches in our lifetime? For most of us the thought of planting once is a bold enough idea in post-Christendom[1] Europe, never mind 999 more besides. And yet …

Ed Stetzer was the speaker and he seemed quite normal and sensible. He holds the Billy Graham Distinguished Chair for Church, Mission and Evangelism at Wheaton College. This is no crazy radical with megalomaniac tendencies. This is a serious academic missiologist with a history in church planting.[2] What caught my attention was not the number, it was the demand that movemental multiplication was the Biblical and historical norm for the church. That is what caused me to park my scepticism and listen. Could it be true that the spiritual DNA of Christianity causes natural multiplication? Do healthy things reproduce?

For those of us involved in Forge, this is not an alien concept. Alan Hirsch has been talking about mDNA (Missional DNA) for a while now. Essentially, he has been saying – go back to the original (pre-Christendom) essence and you will find that the gospel is contagious. But it takes a certain kind of person to extrapolate this to 1000 churches in your lifetime!

So, what is there in this idea that is of worth?

The first and most important idea that I think is worth considering is – are we planting church planting churches? Do we believe that it is possible to “Be born pregnant” as Stetzer and Daniel Im put it? There is something about this idea that is hugely appealing and yet incredibly hard for us to grasp or achieve. The belief that it is possible for us to embed the seeds of the next planting team within the church planting teams we are currently forming or working with is vital if we are to see multiplication rather than addition. I believe that this is possible and indeed that it is something we need to state as a value of any new churches we are currently planting. It is time to reclaim the Biblical and historical norm for church life in this area.

Secondly, I like the focus that this brings as we begin our new missional activities. Our horizon is beyond the immediate context only. In a day and age where we are beginning to engage in increasingly bold initiatives the focus on raising up the next church planter from within our team, or paying forward a tithe into the next church plant budget is something that gives any church planting team a movemental dynamic and focus that can only be healthy.

Intentionality is something that is at the core of any effective missional activity. What would it look like if in each new church plant we had a clear strategy for apprenticing each person in each role that there is, from welcome team to administration, worship leaders to church leaders? These things will only come about if there is not simply an idea but a workable strategy that everyone is committed to. I like the fact that Stetzer and Im have an idea, but more than that that they also have a plan to make it happen.

So you may be asking, how do you get to 1000 churches? Here is the simple plan that they give. But don’t get deflected by the headlines – it is worth engaging with the concepts that underpin this idea. Perhaps this isn’t as far-fetched as we might initially think … 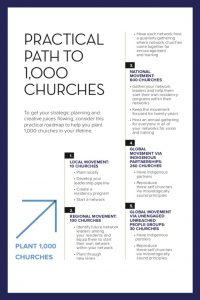 Extract from “1000 Churches – How past movements did it – and how your church can, too” by Ed Stetzer and Daniel Im, LifeWay Christian Resources

[1] Christendom – like APEST – is another short hand that we often use. Simply put it refers to a mindset that believes that the Christian story is central to how wider society is shaped and that the church operates from a privileged position. We don’t believe this is the actual case in Scotland, which is why Forge believes that the church has to find new ways of taking the story of Jesus to those in our wider communities.

[2] He and Daniel Im, captures his 1000 churches concept in the booklet, “1000 Churches – How past movements did it – and how your church can, too”, Ed Stetzer and Daniel Im, LifeWay Christian Resources.