Unity and Training Across the Nations 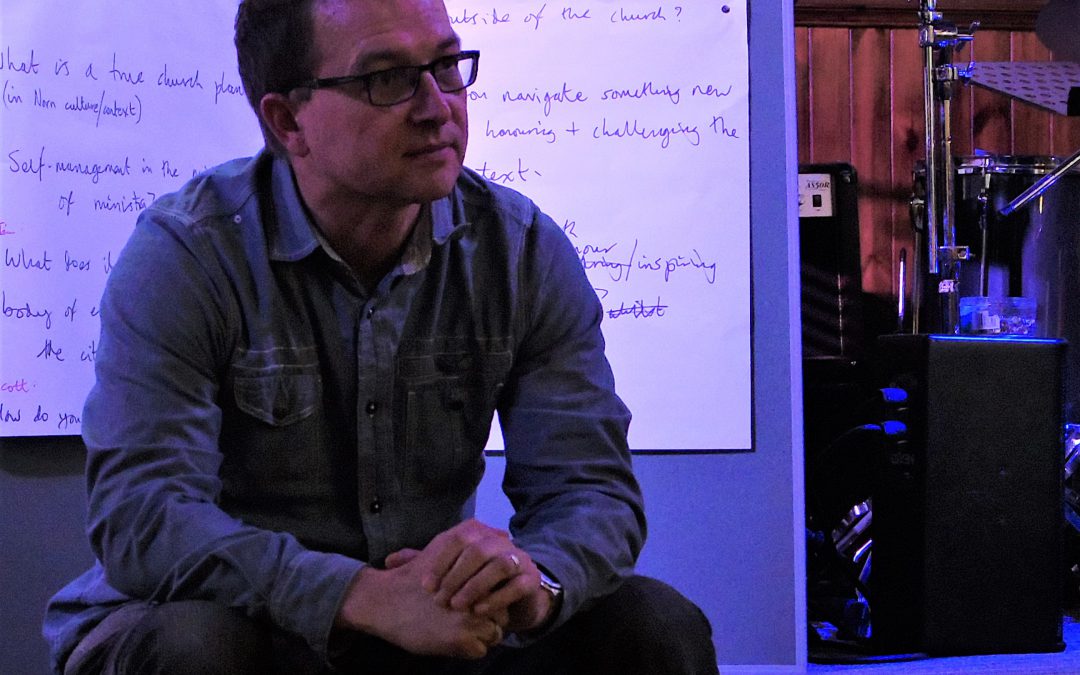 Scott Brennan, pastor of Lighthouse Central Church in East Lothian, and member of Forge Scotland’s Core team, challenges us to see how releasing pioneers could help the church navigate to a faithful and culturally relevant future.

The currents that shape our churches

For centuries the western church has been at the centre of society. This is often referred to as Christendom. This is no longer the case, the church has become a fringe influence, often seen as outdated and irrelevant, lagging behind the progressive movement of liberal society that is in bed with a radically individualistic and consumer led agenda.

Of course most people are not aware of this, we are like fish in water, not aware of the cultural streams we are swimming in. But the church does feel changes in direction because it is experiencing an internal culture war where the survival of Christianity is at stake. One side is criticised as compromise, the other is criticised as culturally irrelevant.

The so-called compromisers try and connect with liberal society by listening to the arguments and agreeing that the church has got it wrong so they adapt their stance to fit in.

The other create holy huddles where the faithful stay true to tradition and disconnect from the damaging effects of a culture that has rejected church. The result is an increasingly isolated and diminishing community of faith who develop a remnant mindset, creating a self-fulfilling prophecy of rejection of the Gospel, the very truth they fight to champion.

I personally think that God is taking the church into a new phase of awakening to challenge this entrenchment. He is waking up the church to its urgent predicament in the West. We need a new urgency around mission and discipleship and we need to figure out practical ways to do it that make sense to a 21st century western context.

I believe it is possible to be biblically faithful (whatever that might mean in practice) and culturally relevant (without watering down the distinctiveness of God’s people). Yet to do this is going to take a radical shift in thinking. It is a new paradigm of being and doing church. It is going to take a pioneering approach, and it will require new models of leadership, discipleship and mission. It will also take wise navigation to remain true to the good news of Jesus and true to cultural relevance and connectivity. This is not an easy task and will require a wide input from many voices, which is why so many denominations are beginning to wrestle with the task. My hope is that we speak to one another, recognising our respective strengths and unique charisms, each designed by God to be parts of the whole.

The problem is that most churches are not designed for the innovation this calls for. They are designed for faithfulness to a treasured set of beliefs and practices, and in a Christendom world this is good. The reality is that most church people have no experience of living on the edge, they are often products of the system, in fact, they often quite like the system. It gives them a sense of stability and rootedness. It is what they know and if they could choose, they would keep it the same. They often don’t understand why people have rejected the beauty, the mystery and the symbolism of historic Christianity. But what about the new post truth, post Christendom world? How does an institutional model prepare for innovation? What kind of people can help this transition, what kind of training is necessary? We need pioneers who can innovate new ways to connect the story of Jesus to dynamic cultural narratives.

As a rule of thumb, pioneers are not comfortable with the status quo, they are often apostles, prophets and evangelists who do not fit into the system. They are often a bit like the sand in the oyster of a system that often values stability, slow change and shepherding the flock –  irritating and gritty. Yet if we let them influence they have the potential to produce a pearl. APEs (a term that stems from the Apostles, Prophets and Evangelists that are mentioned with Shepherds and Teachers in Ephesians 4) are not easy company in this environment for two reasons.

First, they have not been matured in their gift and calling because how do you mature an apostle? Most of us don’t know how to do this! Therefore APEs remain untested and immature, and we know what kind of damage immature people make. Occasionally an apostle matures in the church because they get to lead somehow. But often they create havoc on the way: growing up through the school of hard knocks, leaving behind a trail of bruised, battered and disillusioned people, to reinforce the idea that apostolic, prophetic and evangelistic types are dangerous or egotistical. That is why the work of maturity is vital. And by this, I mean the wholeness of Christ who is fully apostle, prophets, evangelist, shepherd and teacher (Ephesians 4:11). We need all five working holistically, not in departments or in competition or in ego battles.

Second, this is why so many APEs end up expressing themselves outside of the church in the realm of business, social enterprise or parachurch organisations, where they have freedom to experiment and their gifts are valued and fruitful. Think of the start up companies of Silicon Valley or the social enterprises that are forces for good like Food Banks or Debt Centres. They have to start outside of the established patterns and then if it is healthy is adopted into the mainstream once they have rubbed off the rough edges. Imagine if the church could incubate APE types and activities within the church and all of it grows together?

There are a number of APEs out there who have made it through the system in spite of it. It is simply by the grace of God and their determination to see the kingdom of God advance that they are still enthusiastic to embrace innovation in a way that benefits all. This is why practitioner led training is so important. So how do we do this?

First, we need to talk about it, with each other. Second, we need good theology that produces good practice. Third we need environments that can handle grit and irritation. It will take more than one church, one training organisation. It will require a broad partnership of shared vision and values. It will require a laying down of agendas and personal ambition. It will cost money, time and resources. It will also mean stopping some things and starting new initiatives. This level of paradigm shift does not happen overnight. It is potentially a decades long process but that does not mean we have time to meander. It is urgent but let’s have a long game approach. Think of it like a football season, we need to win a few games at the start in order to gain a place of influence by the end. Who are the best people do this? I think there are three main characters.

First the existing APE types who are perhaps frustrated or even side lined. They need to work within and without the system. They need to commit to personal maturity.

Next, the people who currently have influence in the church, the leaders and decision makers. They can create the kind of permission giving culture that is necessary to begin the process. I am noticing an interesting trend across the church, training pioneers is high on the agenda, and it is not just the churches you would expect. It is across the denominations including the Church of Scotland, the Church of the Nazarene and the Scottish Episcopal Church. For example the Church of Scotland has implemented their Path of Renewal process, the Nazarene Church is running a new course on pioneering and transformational leadership at their college in Manchester, and the Episcopal Church has just appointed a new director of Mixed Mode Training aimed at releasing pioneer ministry.

Finally and, significantly for mission, those people who are not even in the church but are called to be the next generation of change agents. We need to listen to those who are not yet Christians by doing community audits, and by reading the cultural shifts in a way that discerns the work of God already present and at work outside of church. This is why this process is difficult, these three groups do not mix well, which is why humility is perhaps our greatest weapon against the tide of secularisation.

So, can you see yourself in this mix? Where do you fit? How do you want to get involved in this new reformation? Forge is exploring good theology with current pioneers and practitioners, and is committed to helping anyone feeling the pull towards pioneering mature through our year -long pioneer training course. We are in discussion with denominations, streams and training partners. We are one piece of the puzzle. It is going to take the whole people of God across the nations to really see this movement come to pass. God has done it before so He can do it again.