What’s in your hand? 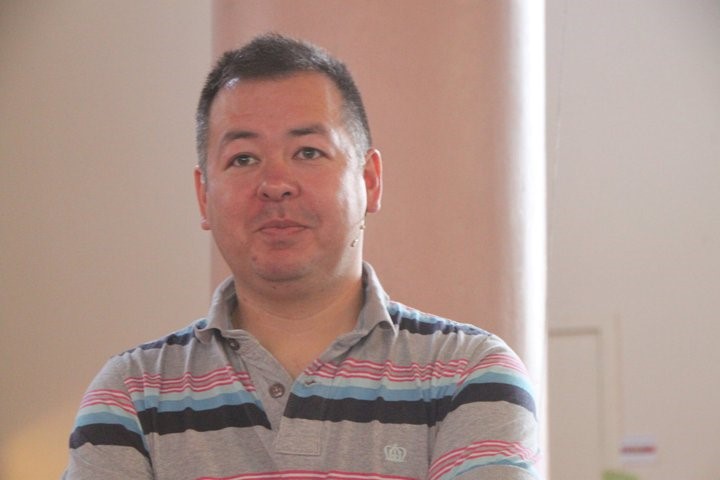 Gordon Cheung, part of a church planting team in Glasgow’s south side, considers missional leadership in the face of overwhelming environments.

When it comes to mission and ministry, few things in life are ever perfect. This is especially true in dynamic environments which are constantly changing – such as any environment that involves a collection of people!  If we wait around for the perfect convergence of people, talents, resources and opportunity then either we’ll be waiting a long time, or when they do come together the situation will have evolved.

It would be amazing if we had the budget to deploy a hundred strong multi-disciplinarian team of experienced and passionate missionaries to establish an urban mission hub – but we don’t. There are twelve people in the worship community I am part of, who also have jobs and families, and the situation seems overwhelming!

So, I’m reminded of a shepherd, standing before a bush that was burning but not being consumed, and the voice that spoke from the bush that asked:

Missional leadership is not always about attempting to meet every need. Rather once you know what network or neighbourhood you’ve been called to serve it is about finding the right overlap between the needs that are present and the resources and abilities that God has placed in your hands. “Once a mission community… has formed and is clear about the people it is called to, the question becomes how best to serve them. The answer begins to emerge by prayerfully exploring how opportunities and available resources can be matched.”[2] These combinations are unique, as are the contexts that you may be called to. It is a testimony to the creativity of God and the missional imagination that He releases through those willing to serve, that in so many contexts across Scotland his people are looking at what is in their hands and offering them to God.

For us in North Pollok, it was about realizing there were a lack of social amenities in the area, that people were actually looking for clubs for themselves and their young people to socialize in, to take note that God had placed within our hands significant musical and artistic gifts and through the fact that we were local our children went to local schools that led us to forming “The Voice Project”, a set of community and school choirs that helps to work towards the peace of the city by adding joy, through singing, of those who take part. By seeing what was in our hands and how it overlapped with the needs of the area we’ve seen God create favour with staff in schools and with our neighbours.

If you go to a university and sign up for a management or leadership course this idea of using what is in your hand is called “bricolage” and “effectuation”[3]. It’s about not waiting for an ideal set of resources and skills to become available to solve the problem in front of you. Rather it is about improvising with what comes to hand because you refuse to give into the situation, and then choosing and navigating a path through the opportunities that open-up. If you’re a person of faith, like me, who believes that God is constantly at work in the world, then you may prefer to call it being led by the Spirit.

Forge’s Pioneer course is a year- long, spare time course for those who are looking at what is in their hands and asking how they can give it over to God in order to reach networks and neighbourhoods with the story of Jesus. As part of the programme we’ll introduce you to a number of fellow pioneers, all in unique contexts, who through bricolage, effectuation and following the Spirit, are bringing good news to those who need to hear it.